The purpose of this article is to help men understand prostate health. It is my intention to continue to provide additional men’s health articles in the future to increase understanding of health issues that men face.

The United States Government provides an excellent video which helps individuals understand the anatomy of the enlarged prostate gland and its relationship to other organs like the bladder.   Individuals may view this video at:
http://www.nlm.nih.gov/medlineplus/ency/anatomyvideos/000050.htm 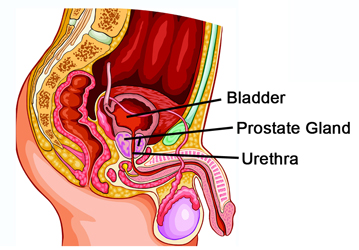