All men want a healthy prostate. Yet many men ignore, or simply do not recognize, the signals that there may be a problem. A man’s prostate gland is the control center for both urination and seminary emissions (ejaculations). Of course every man wants the best prostate health.

Foods That Help You Get the Best Prostate Health

The number one thing that experts agree upon is that you need to develop a healthy eating pattern. There is no way that a specific list of foods is a magic bullet that will save you. It’s about healthy choices made regularly.

Very few studies have looked at exercise and it’s impact on the prostate. However the few studies that have been completed suggest that regular physical activity is good for the prostate gland. Most men start to have prostate problems around the age of 50. The follow-up studies performed at Harvard have shown that men who were more physically active were less likely to suffer from BPH (enlarged prostate).

The study demonstrated that even low to moderate physical activity helped to prevent BPH. The minimal activity intensity was walking regularly at a moderate pace.

Prostatitis (Inflammation of the Prostate)

One study looked at 1,400 men diagnosed with early-stage prostate cancer. The study found a 57% reduction in the progression of prostate cancer when the men did aerobic exercise (walked briskly) a minimum of three hours per week. Men who walked leisurely and not as much were not as fortunate. In a follow-up study, men with prostate cancer that exercised vigorously more than three hours/week reduced their chance of dying from the prostate cancer by 61%. Men who exercised just as vigorously for less than one hour/week did not realize the same benefit.

Before starting any exercise program consult your healthcare provider or physician.

How to Recognize a Prostate Problem

Prostate problems can occur at any age. Most guys believe that it only happens to men over 50 years of age. Identifying prostate problems early can reduce more serious prostate problems. It is important to familiarize yourself with these signs (symptoms) and that you consult your healthcare provider or your doctor.

Common symptoms include: frequent urination; painful urination; blood in your urine; reduced flow or dribbling when you urinate. A serious symptom is inability to urinate. If you notice pain with an ejaculation this is also a symptom. Back pain, pain in your hips or thighs, or pain in your pelvis or rectum could be signs of a prostate problem.

Sometimes prostate problems are not obvious and individuals may have a fever, chills, or lower back pain. Pains in the pelvic floor area or in the abdominal area above the pubic bone may also indicate a prostate problem. If you experience pain and burning when you urinate, or you have difficulty urinating, you have symptoms.

It is extremely important to urinate. If you are unable to urinate seek immediate medical attention. This can prevent renal (kidney) failure. If you have any of the above symptoms discuss them with your doctor. It is dangerous to put off or postpone seeking medical attention under any circumstance.

An Ounce of Prevention is Worth a Pound of Cure

Men should see a physician regularly (yearly) and when they have a health concern. There is no substitute for a physical to ensure good health. If you under 50 and suspect you have a prostate problem it is important to tell your physician. Most physicians do not expect a younger man to have a prostate problem. Your mention of a problem could save valuable time in getting to a diagnosis. Men should and must realize that going to doctor early can save their life. The major reason that colon cancer is one of the leading causes of death in men is because it is not diagnosed or discovered early.

Can Taking Dietary Supplements Help Me?

Dietary (food) supplements can support good prostate health.* They cannot cure, treat, or prevent a diagnosed or undiagnosed prostate disease or illness. If you use natural prostate remedies the ingredients should have some published clinical data to support your use. You can confirm information about ingredients at NIH.gov (National Institute of Health) website. In the “search” area enter the ingredient and then what it is good for (ex. enlarged prostate). When you perform the search any related studies would be listed below. Be sure to look at the titles of the articles. Click on the articles to learn more. By educating yourself you can ensure best prostate health.

This is a Sponsored Article 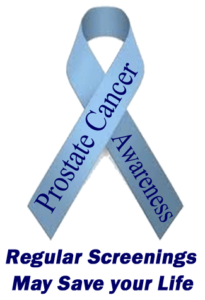 Prostate cancer is the third leading cause of cancer death in men in the United States.
Nothing could be more important and easy than seeing a doctor or health care provider for a simple blood test (prostate-specific antigen or PSA) and a digital rectal exam (DRE).  Despite this it is surprising learn that the PSA blood test for prostate cancer isn’t always part of a man’s annual physical exam.  Many men actually refuse a digital rectal exam (DRE).
It’s important to note that an elevated PSA level doesn’t necessarily indicate prostate cancer. It’s simply one of the initial warnings that more information is necessary for your physician to make a good decision.  It is best to have a digital rectal exam (DRE) done at the same time as your doctor may detect an abnormal bump (possibly tumor) on your prostate.  What men need to know is that a digital rectal exam (DRE) sounds much worse than it is. The same is true for a man’s first colonoscopy.
Generally the first step toward a prostate cancer diagnosis is a biopsy. A prostate biopsy is an invasive procedure that involves a series of needles and puncture wounds to the prostate. Most men fear a biopsy of the prostate due to the fact that in the event cancer is present research has discovered that the biopsy increases inflammation and the progression and spread of cancer. Only 75 percent of cancers are detected via a patient’s initial biopsy. Often this leads to multiple invasive biopsies generally spaced from 6 weeks to three months apart.
Today it is important for patients to know the prostate biopsy alternatives.  You can learn more about these alternatives here:  http://www.bestprostatehealth.com/category/prostate-biopsy-2/   Another resource about  the “Prostate Biopsy, MRI, PSA, and Prostate Cancer” can be found here: http://ezinearticles.com/?Prostate-Biopsy,-MRI,-PSA,-and-Prostate-Cancer&id=9193061
The more you know the more you will realize that there is no reason to fear a simple prostate screening.  It could save your life.
** This news and information presented is about the disease. It does not provide medical advice, diagnosis or treatment. This content is not intended to be a substitute for professional medical advice, diagnosis, or treatment. Always seek the advice of your physician or other qualified health provider with any questions you may have regarding a medical condition. Never disregard professional medical advice or delay in seeking it because of something you have read on this website.

IMS Supplements, Inc. the makers of Best Prostate has made a donation to Ed Randall’s Fans for the Cure.

The following link is a Medical Animated Video about Prostate Cancer from “Visible Productions”. The video increases ones understanding of prostate cancer as it relates to the anatomy of the prostate gland and the surrounding anatomy.
Prostate Cancer Video – Click Here 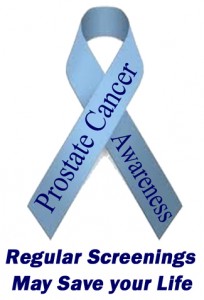